Happy WOYWW and I’ve made it again this week,just…sorry I wont be able to visit  many people today but will get around everyone when I can later in the week. I had big plans for this morning to get up early and do my post, it went a bit wrong and now I’m a bit (BIG BIT) late…eeek. I’ve been working late finishes all week so not a lot of time for card making so sorry for the lack of anything finished or near finished desk. I’m planning to make my wedding anniversary card for hubby this week, which is another issue as I’m working late that night too. But we won’t go there. 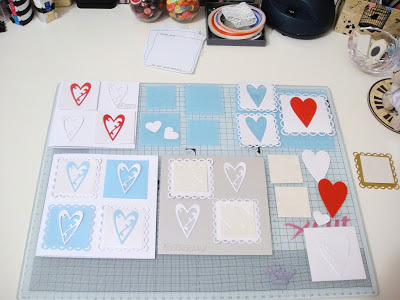 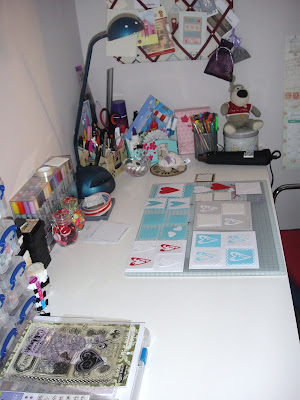 I’ve had loads of inspiration on blogger and Pinterest but as yet still not sure what I doing …I think I have too many ideas which is making it difficult for me to decide what to do !. the idea to do a simple card is not that simple!, not a lot going on except lots die cut and embossed bits that I’ve been messing about with... why don’t you visit the wonderful host Julia over at The Stamping Ground and take part in WOYWW…or have a nosey at the other WOYWWER’S…much more creative work desks, maybe next week I will have something to show!… promise.
Have a fab week hugs Andrea x
Posted by Andrea at 09:09

Thank you for commenting on my blog, I read and appreciate every one of them!

Hello... My name is Andrea, welcome to my blog! 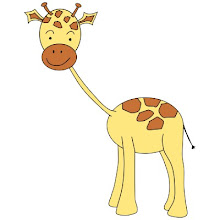